S1000d is not new but very few Indian companies, which support documentation of foreign Airline documentation are similar to S1000d word. But almost 90 % of the people who do S1000D conversation do not know what s1000d is.

Few tools available in the market which are used to make XML files But they are not an IETM creating tool, Just XML conversion tools. After converting to XML, they send to foreign airlines company, where they foreign airline companies plug-in theses XML into their S1000d suits. 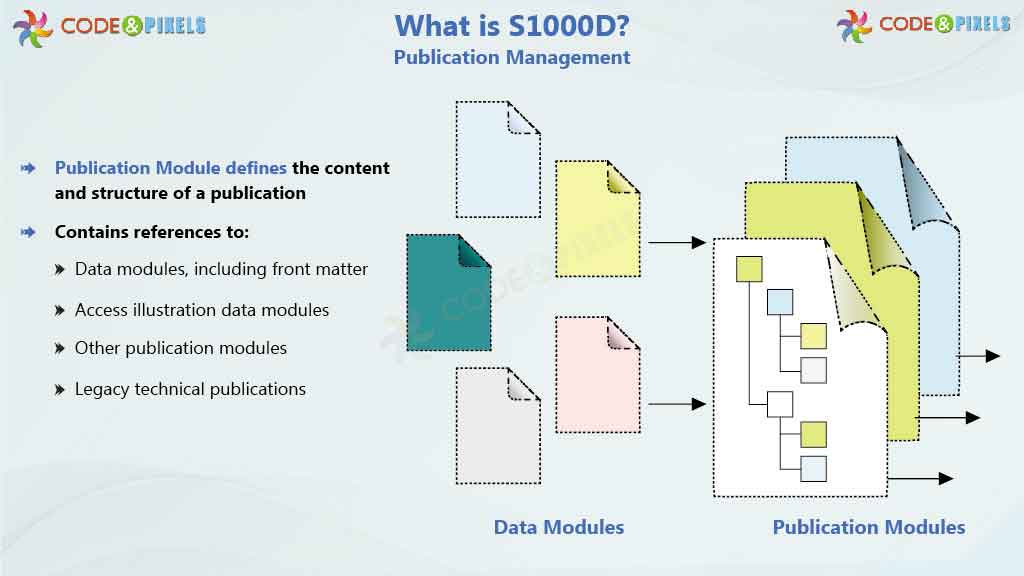 S1000D is the European standard of technical publications or technical documentation being followed in Aerospace since 1980, which uses CSDB, a Common source database which is used for preparing, managing, and publishing technical information for a warship, or Aerospace, or even Civil airlines too.

An airplane or ship is built with thousands of components, subcomponents and navigation equipment, and many more. Hence, these components are supplied by many OEMs (Original equipment manufacturers). OEMs make the documents to their own standards. Each document and format is entirely different because all OEMs don’t maintain similar standards. At that point, the Technical Publications Specification Maintenance Group (TPSMG) was formed. They proposed a DM-based (Data Module) Based structure. TO manage these Data modules CSDB was maintained. (Database). Data Module is the standalone section of the document. For example, let’s assume that one data module is prepared on Operation of GPS and stored in CSDB, then whenever GPS operations are to be reproduced for different aircraft or different systems, simply that Data module can be copied and plugged.

In short, reusability and the format used is XML, and tags are defined by the S1000D steering committee

A few years back S1000d is mainly used in the Aerospace segment, because S1000d is basically governed by Steering Committee formed by ASD, Aerospace Industries Association of America (AIA) ATA e-Business Program These organizations form the S1000D Council

Currently, Defense systems – including land, sea, and air products, civil aviation, Ship industry of the US have adopted these standards while making documentation.

When Navy/IAF/Army wants s1000d IETM, it is implied that the navy has CSDB Suit /Local CSDB Server

If the navy does not have a CSDB suit then, still they can run IETM, but a standalone version where no user management will be done by IETM Viewer.

S1000D is not suitable for smaller systems. It’s very apt for the systems which have around 1 lakh pages of documentation and the project has just initiated the documentation.

S1000D and its basic principle

One of the greatest advantages of S1000D is

In JSS 0852 IETM, first, documentation has to be done in JSS 251 format, in MS word then IETM activity starts.

In S1000D, Separate documentation need not be done. Whatever we do in MS word will be done using s1000d Author software.

Once all the documentation is done, We can simply export them either as PDF or as IETM or XML files with Project manifest file so that these can be deployed in any other S1000d distribution servers/ CSDB studios of navy

The major advantages of s1000d

Well, to be honest, the answer is Yes and NO. It depends on how big is your System/equipment.

S1000d mostly suits to airline industry where every part has a unique number may it be AIRBUS, BOEING BUSINESS JETS, BOMBARDIER AEROSPACE, CESSNA AIRCRAFT. Parts and part numbers are the same.

In S1000d documentation, every part is developed as a standalone module/document (data Module). While delivering a document, they compile all data modules and deliver.

And all these companies have their own S1000d suit which costs in crores.

They maintain a centralized repository. They maintain their own software which takes care of publishing, document management.

In our context, it won’t suit our needs and purpose. To maintain s1000d, even Clients must have s 1000d CSDB Studio or Server, and all the s1000d publications supplied by various OEMs/ Vendors will sit in that CSDB Server

For that client has to share BREX, business rules to vendors, and guidelines to all vendors so that all the documents will sit properly in the client's S1000d CSDB Server

This is needed when the system has around 2 lakhs of documents to share.

And its commercially very costly solution. If, IETM costs you 20 lakhs then S1000d costs you 80 Lakhs.

If the system is very big, like documentation for the entire Ship /flight, and documentation has just been initiated, then S1000D is the best solution. Because One S1000d is made, then we can export PDFs and also IETM from the same source files. 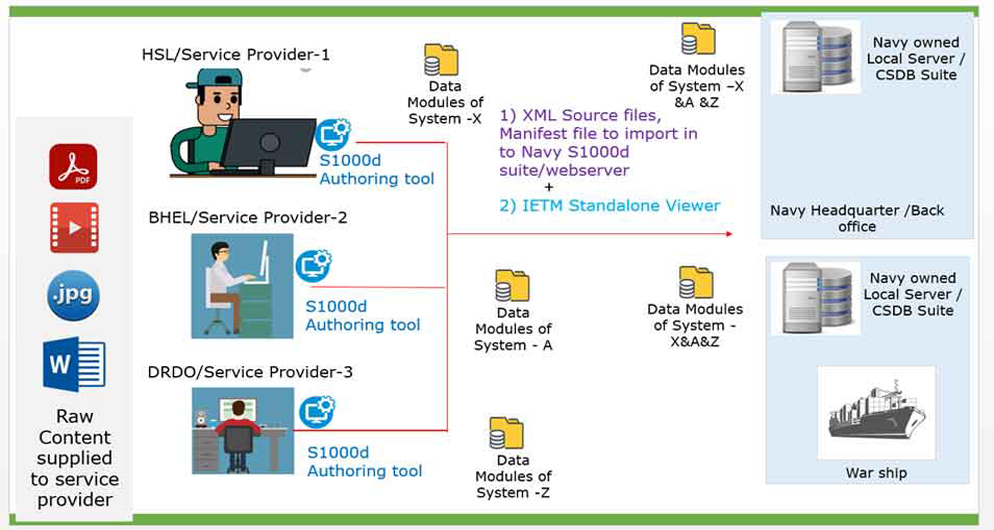 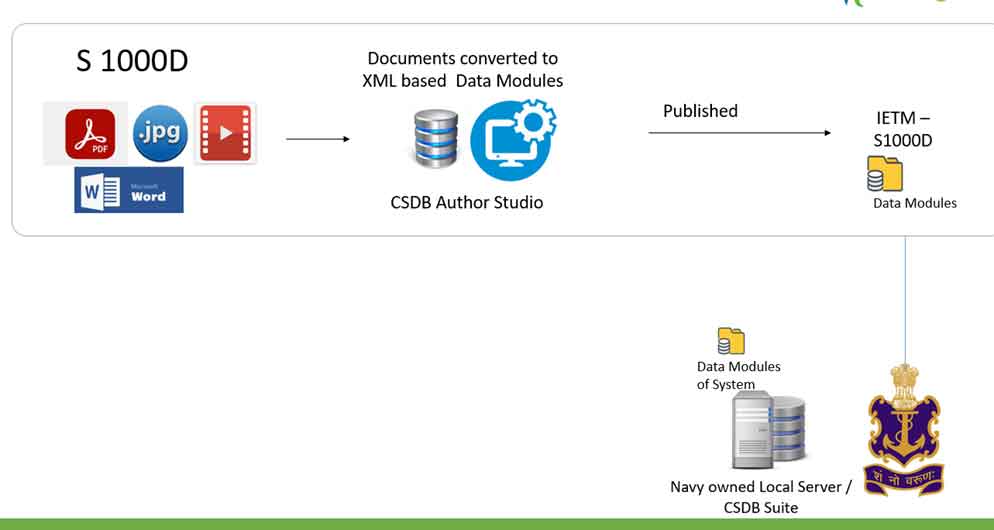 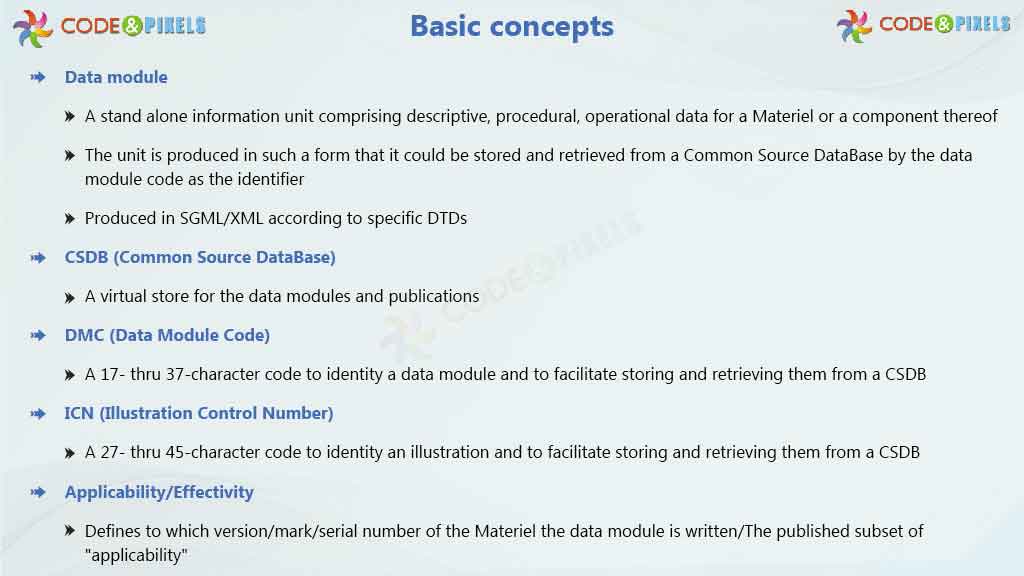 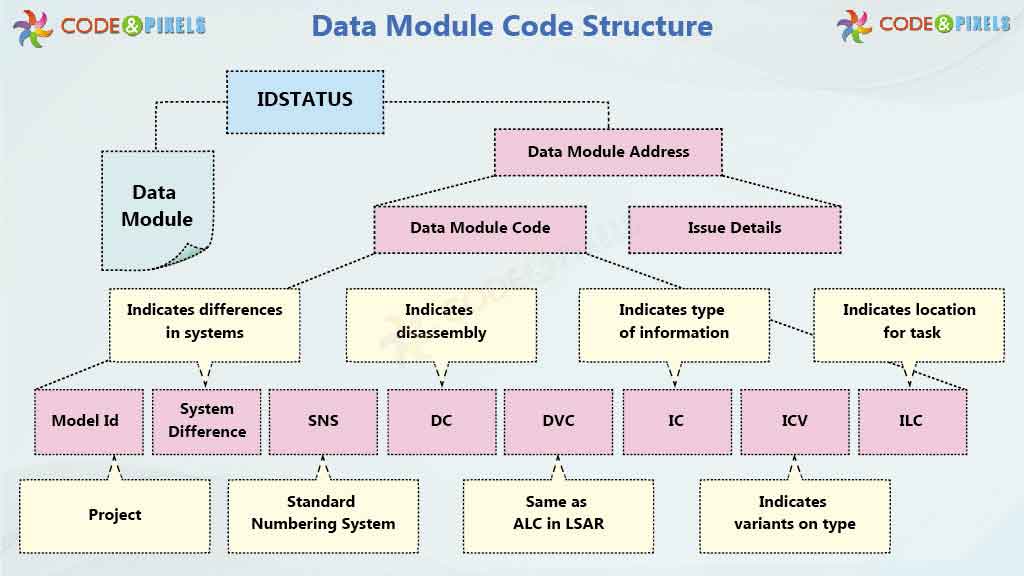 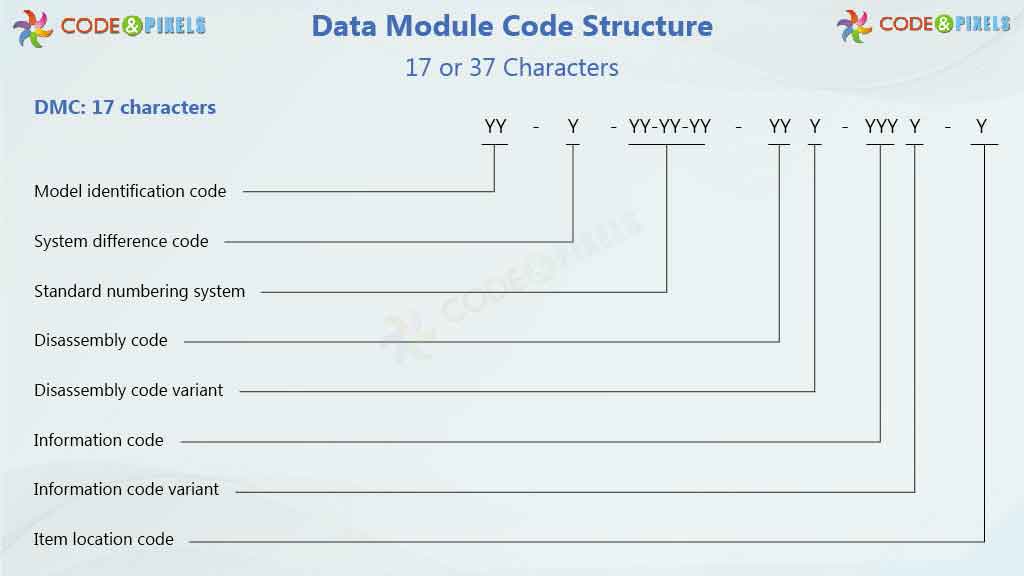 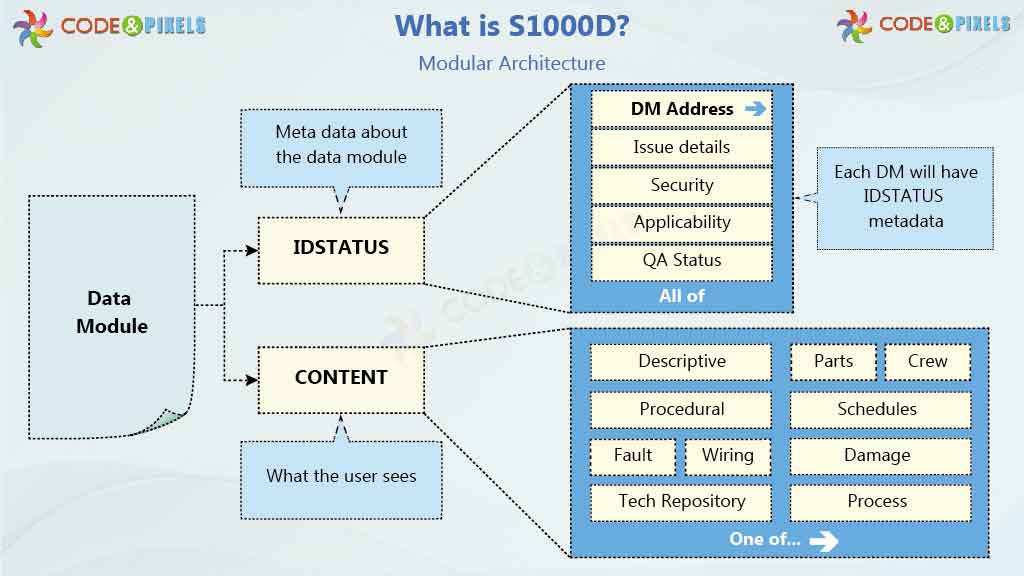 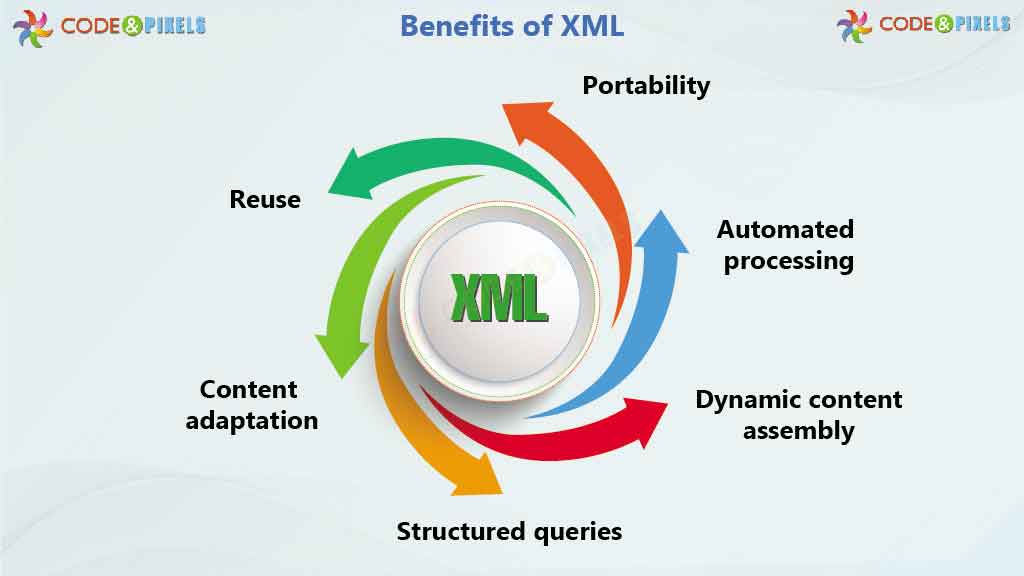